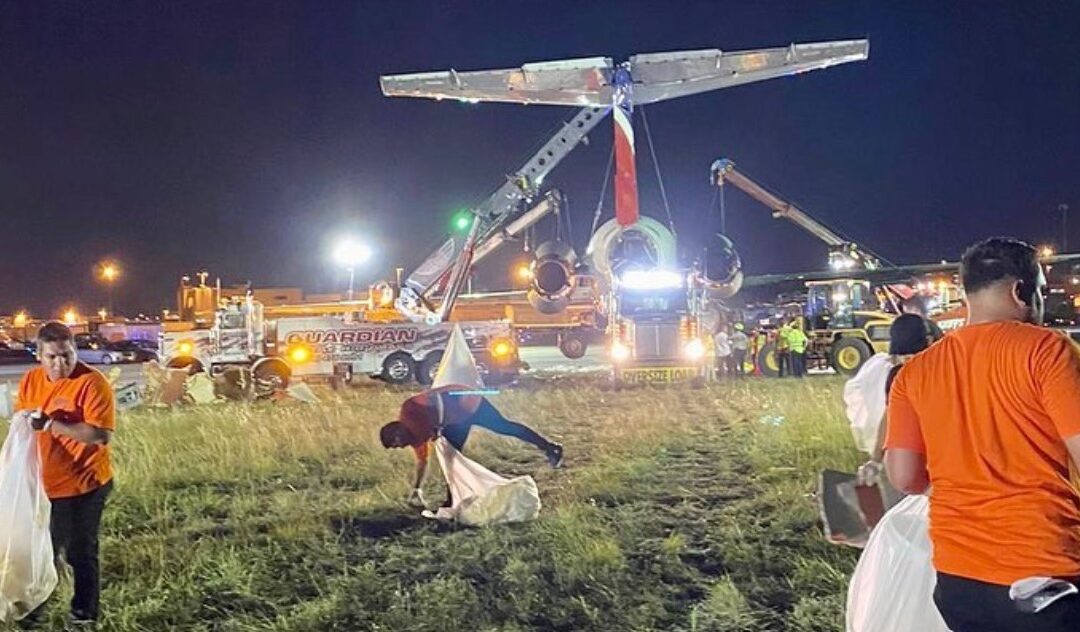 If you were traveling on the Dolphin Expressway on June 21st around afternoon rush hour, you might have seen a plane on fire at Miami International Airport. A Red Air plane arriving from Santo Domingo had to make an emergency landing because of a problem with the landing gear. The plane steered off the runway, collided with several structures, and caught fire.

Airplane fires can be extremely dangerous and cause a lot of damage. So, when they occur, it’s vital to clean up the area as soon as possible to help prevent further damage and make it easier to identify any potential safety hazards.

After the Red Air crash at Miami International, SFM was at the scene within hours to assist with the clean-up. We began by removing all the charred or burned materials, which can be hazardous to people’s health and should be disposed of properly. Our crew also collected several bags of debris displaced during the collisions.

It is essential to know whom to turn to for help after catastrophic events. You need a proven partner that can prevent further damage and keep everyone safe. Think of the SFM Disaster Recovery crew as first responders in these situations. The sooner we get started repairing the damage, the quicker life can return to normal.