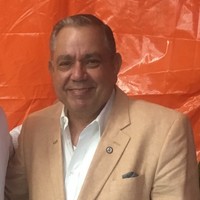 Across the country – in schools, offices, and government buildings – people are concerned about their safety. We understand that, which is why our security team employs highly skilled personnel and vastly experienced supervisors, including SFM’s Chief Operating Officer, Joe Piñon.

Joe joined the team at SFM Services in 2013, and brought with him over 30 years of experience in public safety, police, and fire. Joe’s work experience is as impressive as it is distinguished. Joe was in Iraq for two years as Senior Diplomatic Advisor for the U.S. Department of State. In that role, he oversaw a Satellite Provincial Reconstruction Team, and advised top local government officials and military high ranking personnel on matters of security, counter terrorism, governance, economic development, project management, budget preparation, creating non-governmental organizations, and developing polices and procedures.

Prior to that Joe was Director of Homeland Security for Miami-Dade County, with responsibilities for all aspects of preparation and direction of the county’s security needs. One of his primary responsibilities was maintaining communication with the press and community-based organizations in preparation for a possible catastrophic event resulting from a terrorist attack.

Thanks to Joe Piñon’s guidance and direction, we guarantee the SFM Security team will always exceed your expectations!