What a Year! SFM Year in Review 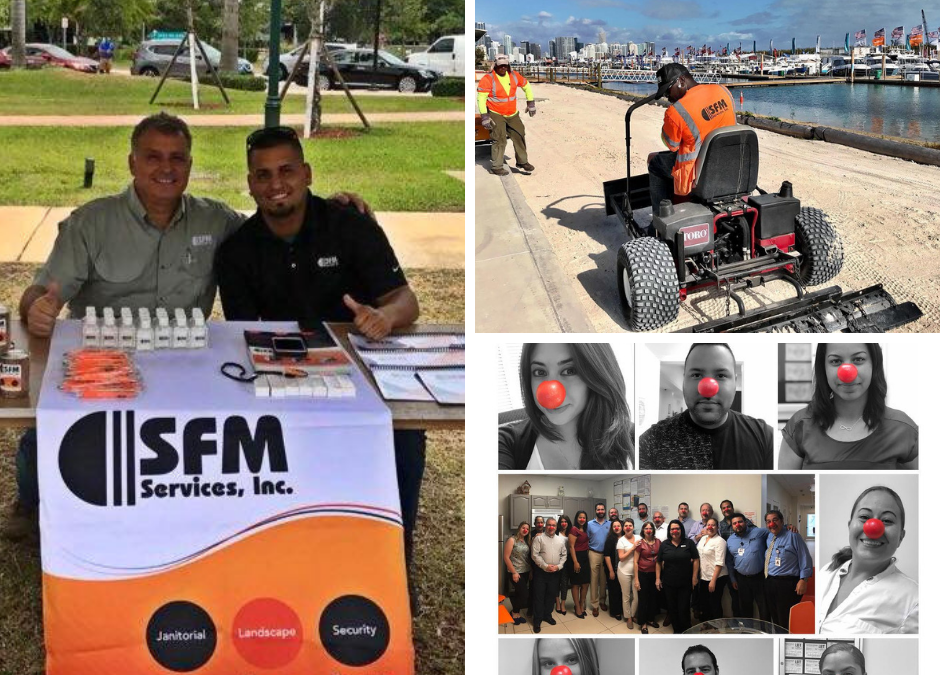 To celebrate 2018 as it comes to a close, we’re excited to share the SFM Services Year in Review. Here are the best moments, biggest milestones, and jaw-dropping events in which we were fortunate enough to participate. 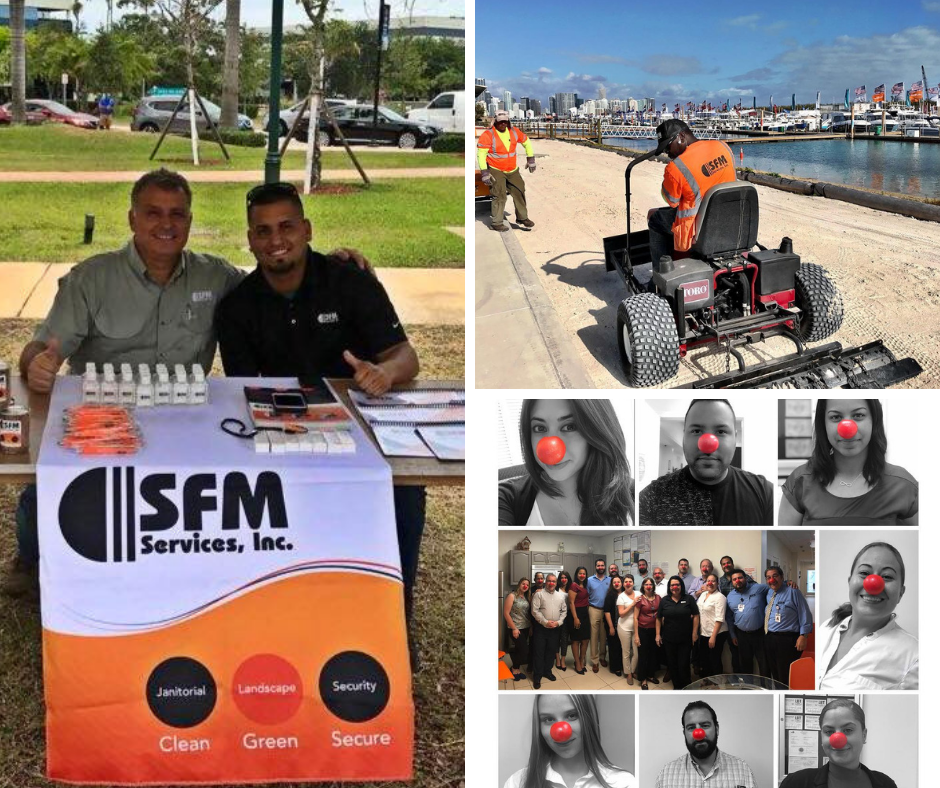 In March, we put on our noses in support of Red Nose Day, a fundraising campaign dedicated to ending child poverty, both in the US and abroad. Since 2015, the campaign has raised over $24 million. The next Red Nose Day is May 2019. Let’s all do our part to end child poverty!

In April, the City of Doral celebrated Earth Day with a spectacular event. The event served to educate the community on the importance of support for environmental protection through actions such as recycling, and water and energy conservation. In order to make it entertaining as well as educational, the City brought together local exhibitors, art displays, live music, and diverse activities for the entire family.

In August we held a Safety BBQ for the SFM team. But we added a special twist to the event to make exciting–we raffled a car! Every employee with five or more years of service to SFM was entered to win. Our winner, Mayra Montoya is a member of our janitorial team, and has been excellent employee since 2011. 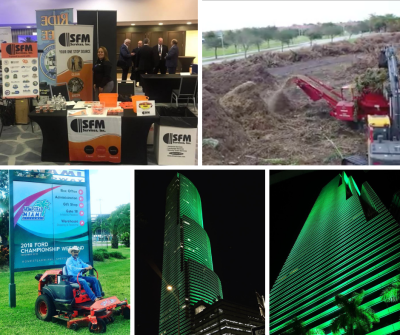 In September, SFM once again went behind the scenes at the Ford Championship Weekend, the name given to the final race weekend of the NASCAR season, where all three of its major series run their last events of the year and officially crown their series champions.

Last year, Hurricane Irma left behind massive piles of debris throughout South Florida. SFM Services was part of the months-long clean-up effort, helping collect and reduce over 1,000,000 cubic yards of debris. In October, we took part in the Miami-Dade League of Cities’ Best Practices Conference to discuss hurricane debris management. We also helped the City of Coral Gables plant 1,000 trees to replace those damaged in the storm. As active participants in the City’s Tree Succession Project, we’ve helped plant 4,000 trees throughout the city, helping restore its aesthetic beauty.

In November, we proudly became the new janitorial contractor for one of Miami’s most iconic buildings. Originally built for CenTrust Bank in 1987, the 47-story office tower continues to be one of Miami’s most recognized buildings, best known for its elaborate night-time illuminations.

It was a great year, but we never missed an opportunity to show the SFM team how much we value them, and their contribution to the company!

The SFM team is excited about the new year of possibilities that awaits. We will continue to advance our mission of providing clean, green, and secure services in a positive and professional manner. We wish all of you a great holiday season, and an amazing year ahead!